La Regalada is a grouping of trumpets, timpani and organ, which was born with the intention of interpreting and recreating, from a historically informed perspective, the music and sonorities typical of this type of formations, thus remedying a void within the panorama of the ancient music of our country. The reclaiming repertoire covers a period that ranges from approximately the last third of the sixteenth century to the end of the eighteenth century, and goes through different genres: from music belonging to the bodies of trumpets and aabales, through trumpet and organ music, to opera and instrumental music.

We will introduce you to our components and collaborators. 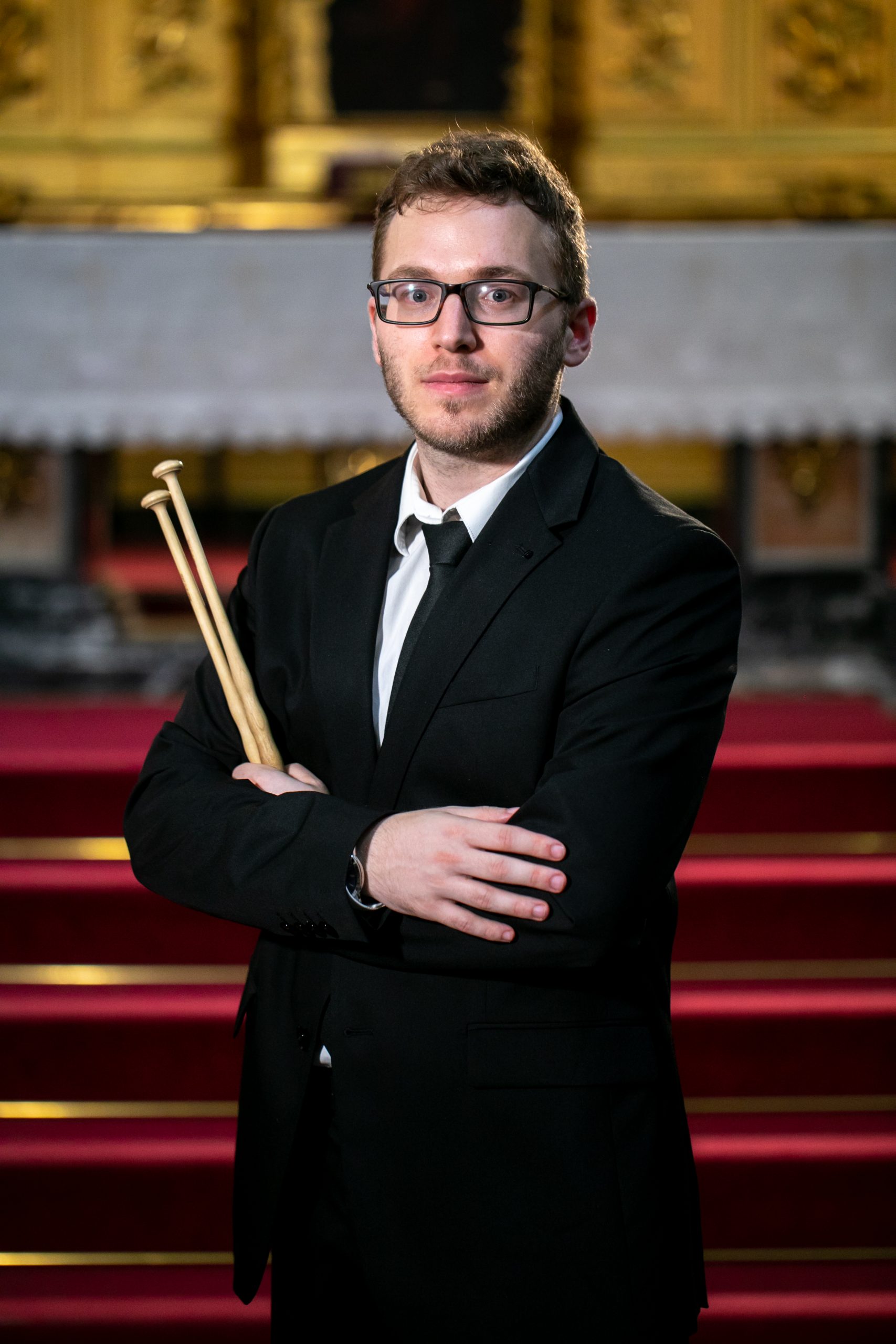 Born in Quart de Poblet (Valencia). He began his musical studies and the L'Amistat Music Group, in the specialty of percussion and later piano. He holds the Professional Degree of Music at the Professional Conservatory of Music "Mestre Molins" of Quart de Poblet with Professor Ismael Cortés, obtaining the Extraordinary Award of End of Professional Degree. He completed his percussion studies with an outstanding degree at the Conservatorio Superior "Salvador Seguí" in Castellón with Professor Lluís Marzal.
He has completed classical and orchestral percussion courses with Manel Ramada, José Luis González, Raúl Benavent, Rafa Mas, Julien Bourgeois, Philippe Spiesser, Rafa Mayans, Vicent Vinaixa, Grati Murcia, Javier Azanza and Nick Woud.

He holds the Master's Degree in Musicology, Music Education and interpretation of Ancient Music at the Escola Superior de Música de Catalunya (ESMUC) under the tutelage of Pedro Estevan. He has attended courses and frame drum classes with Glen Velez, Yshai Afterman, Zohar Fresco, Diego Lopez, and baroque timbales with Ben Hoffnung and Maarten van der Valk. He has studied traditional and oriental percussion with Pere Olivé. 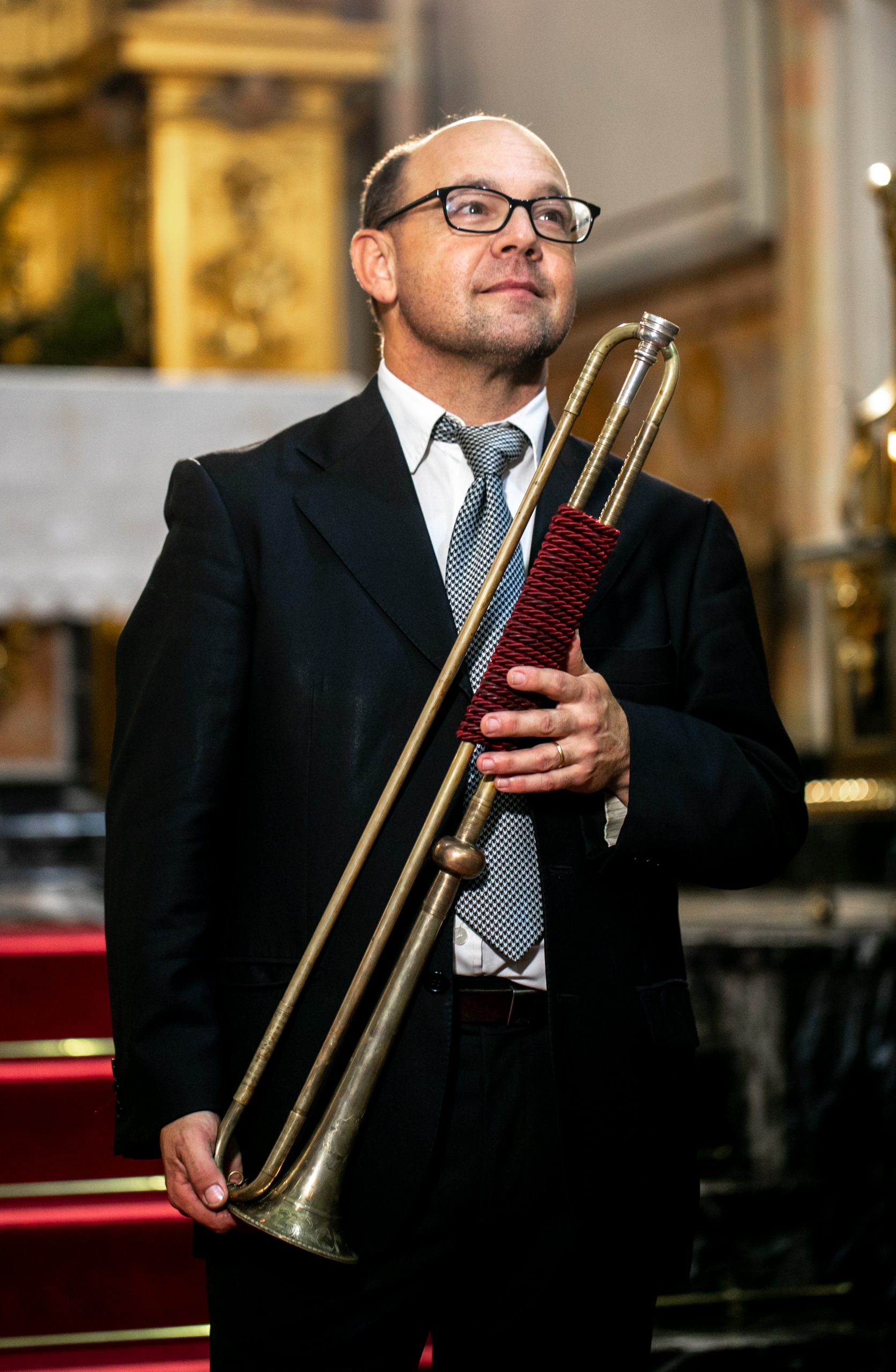 A native of Alboraya (Valencia), he began his musical training in his hometown. He has been a student of Francisco Ramos Rioja, Vicent Campos and Vicente Prats, obtaining the Extraordinary Awards of Elementary Degree and End of Career at the Conservatorio Superior de Música de Valencia. He has represented Spain in four I.M.C. calls. North Dakota (USA) on a scholarship from the Center for American Studies. In 1992 he was awarded a scholarship by the Ministry of Culture of Valencia and studied the Upper trumpet level at the Perpignan Conservatory (France) with Maurice Benterfa, earning the "Gold Medal".

He has been a trumpet professor by opposition since 1988, carrying out his teaching work at the Conservatorio Superior de Valencia, Alicante and Castellón, where he imparts the specialties of trumpet and natural trumpet.

In 1995 he began working on Baroque acting with historical instruments under the direction of Edward Tarr (Schola Cantorum Basiliensis). As a soloist he has participated as a duet with the organist Ignacio Ribas in numerous cycles of concerts and festivals in Spain, Andorra and France, recording part of his work in the dicos "Barroc Europeu in the Ergans dels Pirineus".

Since 2006 he has worked the Baroque repertoire for trumpet and soprano with the singer Estrella Estévez and the harpsociousist Ignasi Jord, and has started a new chamber project with the group of natural trumpets Tibicines.
He has completed classical and orchestral percussion courses with Manel Ramada, José Luis González, Raúl Benavent, Rafa Mas, Julien Bourgeois, Philippe Spiesser, Rafa Mayans, Vicent Vinaixa, Grati Murcia, Javier Azanza and Nick Woud.
He holds the Master's Degree in Musicology, Music Education and interpretation of Ancient Music at the Escola Superior de Música de Catalunya (ESMUC) under the tutelage of Pedro Estevan. He has attended courses and frame drum classes with Glen Velez, Yshai Afterman, Zohar Fresco, Diego Lopez, and baroque timbales with Ben Hoffnung and Maarten van der Valk. He has studied traditional and oriental percussion with Pere Olivé. 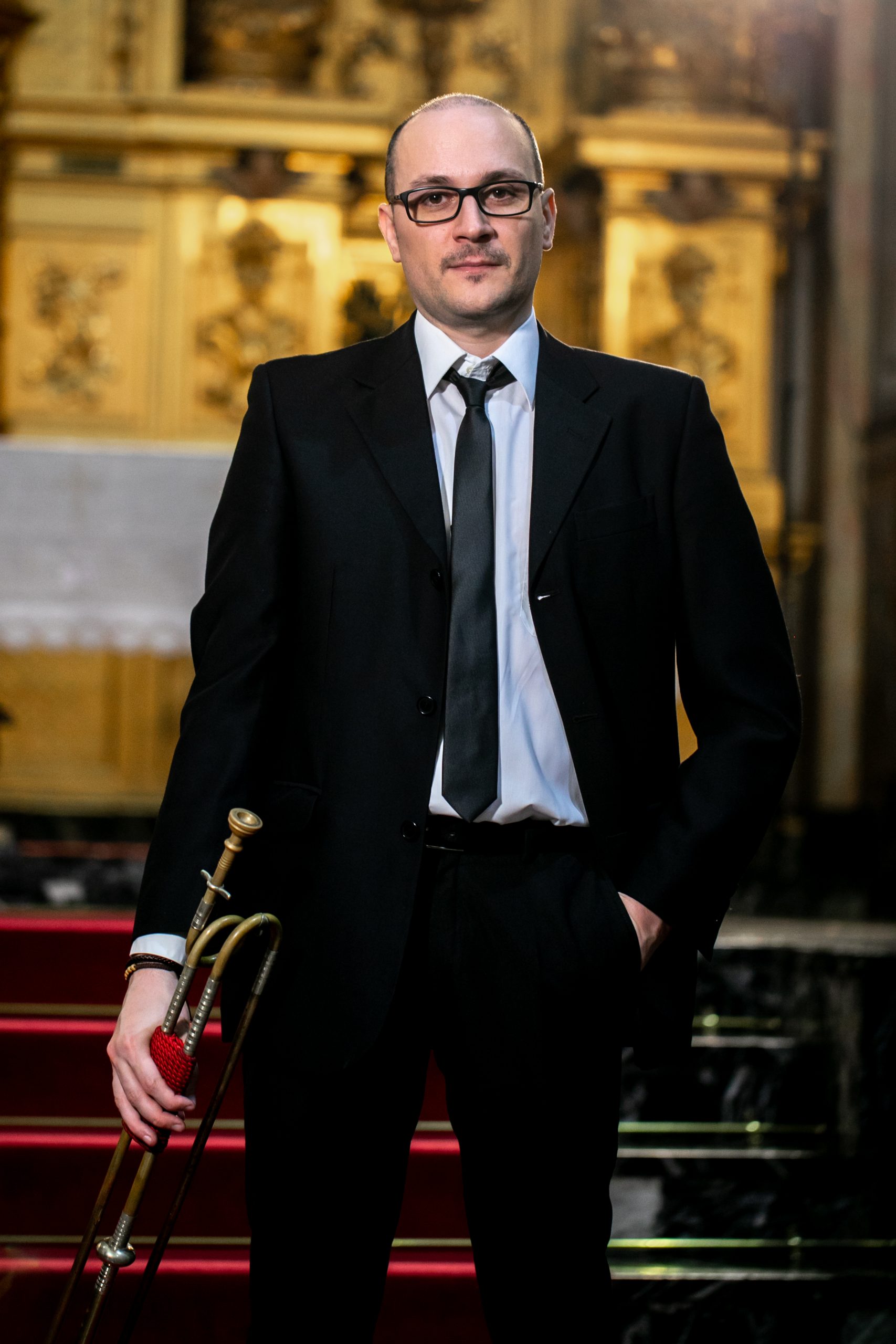 Born in Aguilas (Murcia) he began his musical studies at the School of Music in the same town. He obtained the Superior Title of Trumpet by the Conservatorio Superior de Música de Murcia with Professor José Cháfer Mompó. He complemented his studies at the Royal Dutch Superior Conservatory in Brussels (Belgium) with Professor Emmanuel Mellaerts with an Erasmus scholarship during the 2011/2012 academic year. 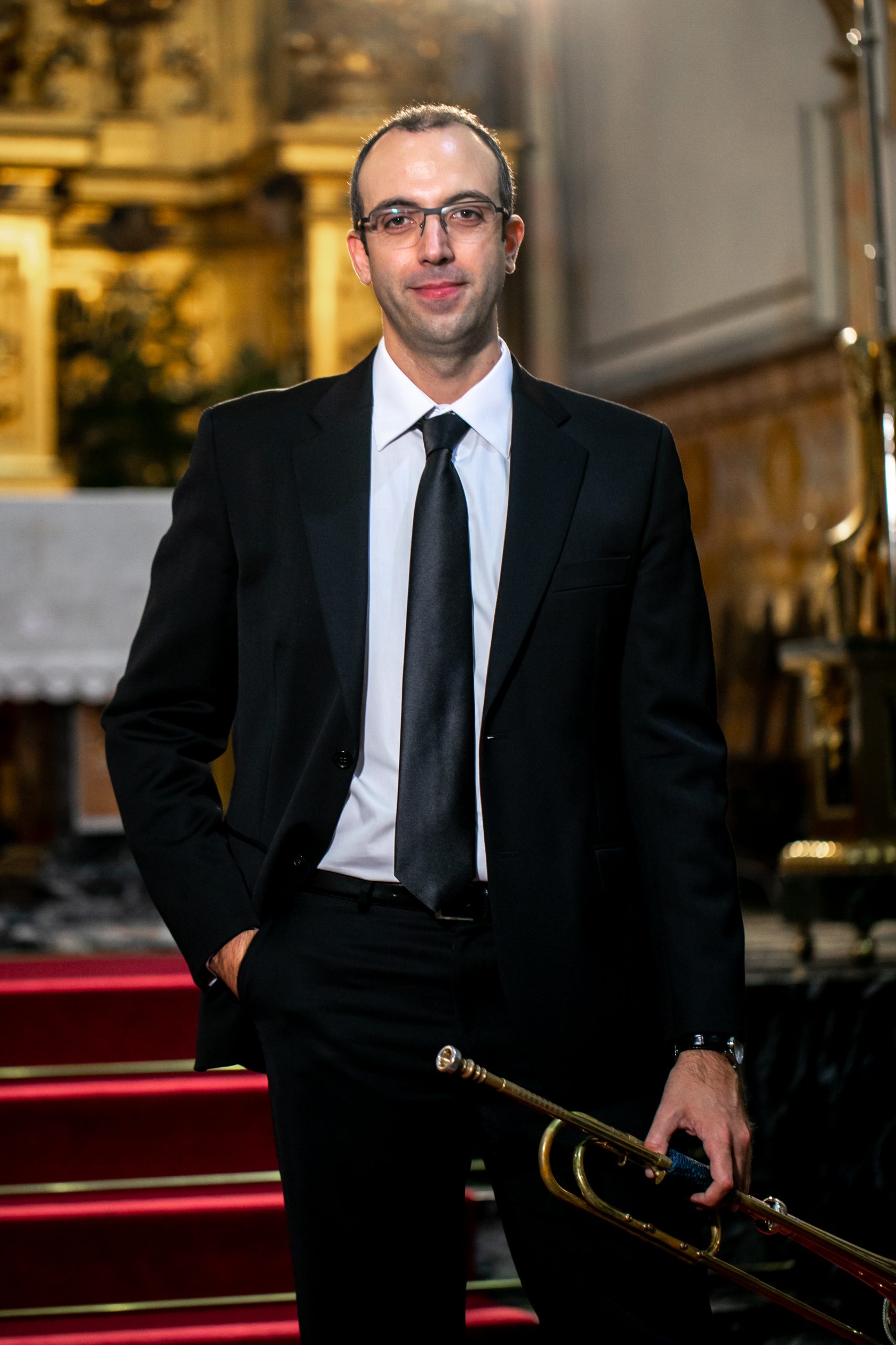 He began his studies at the Unió Musical d'Alaqus continuing his training at the Conservatorio Profesional de Ribarroja del Turia where he obtained the Professional Title of Music. The higher studies are carried out at the Salvador Seguí Conservatory in Castellón obtaining the Higher Degree of Music in the specialty of Trumpet with professors D. Francisco Sanz, D. José Colomina and D. Vicente Campos and, later, the Higher Title of Music in the specialty of Baroque trumpet performance with Professor D. Ricardo Casañ. He also expanded his studies at the University of Valencia obtaining the degrees of Master's Degree in Secondary Education and the Master's Degree in Research in Specific Didactics in the specialty of music.

During this time he has completed courses of improvement with some of the most prestigious national and international trumpeters such as Maurice André, Jens Lindemann, Michael Sachs, Javier Barberá, Barbara Buttler, Roberto Bodí or Charles Geyer, and within the framework of ancient music with Edward H. Tarr, Igino Conforzi or Maze René.
He has been a member of young orchestras such as the Orquestra Filarmanica of the University of Valencia, the Orchestra of Musical Youth of Castellón or the World University Orchestra and Choir. In addition, he has collaborated with professional orchestras such as the Valencia Orchestra, The Royal Chapel of Madrid, Capella de Ministrers, Orquesta Barroca de Sevilla, Música Trobada, Carpe Diem (St. Petersburg) or the Valencia Original Art Orchestra among others, as well as in various cameristic groups. He currently combines his facet as a performer with teaching. 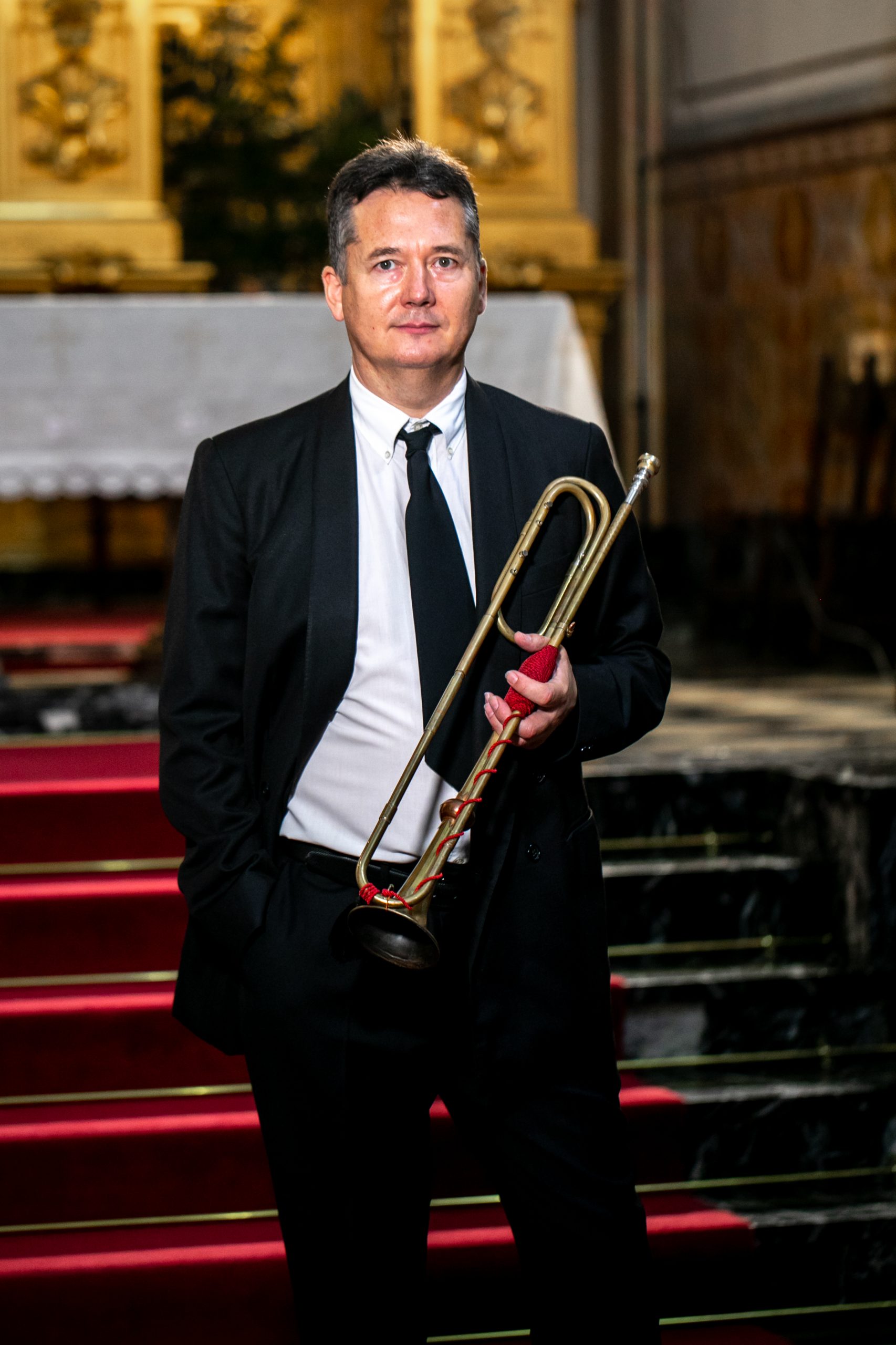 Born in Valencia. He began his musical studies at the Friends of Music Society of Meliana. He obtained the title of Superior Professor of Trumpet at the Conservatorio Superior de Música de Valencia, and the Master's At the University of Valencia. He continues his studies of modern trumpet with Luis González and with Mr. Vicente Costa, and of natural trumpet with Ricard Casañ.

He is a career officer in the faculty of the Generalitat Valenciana. 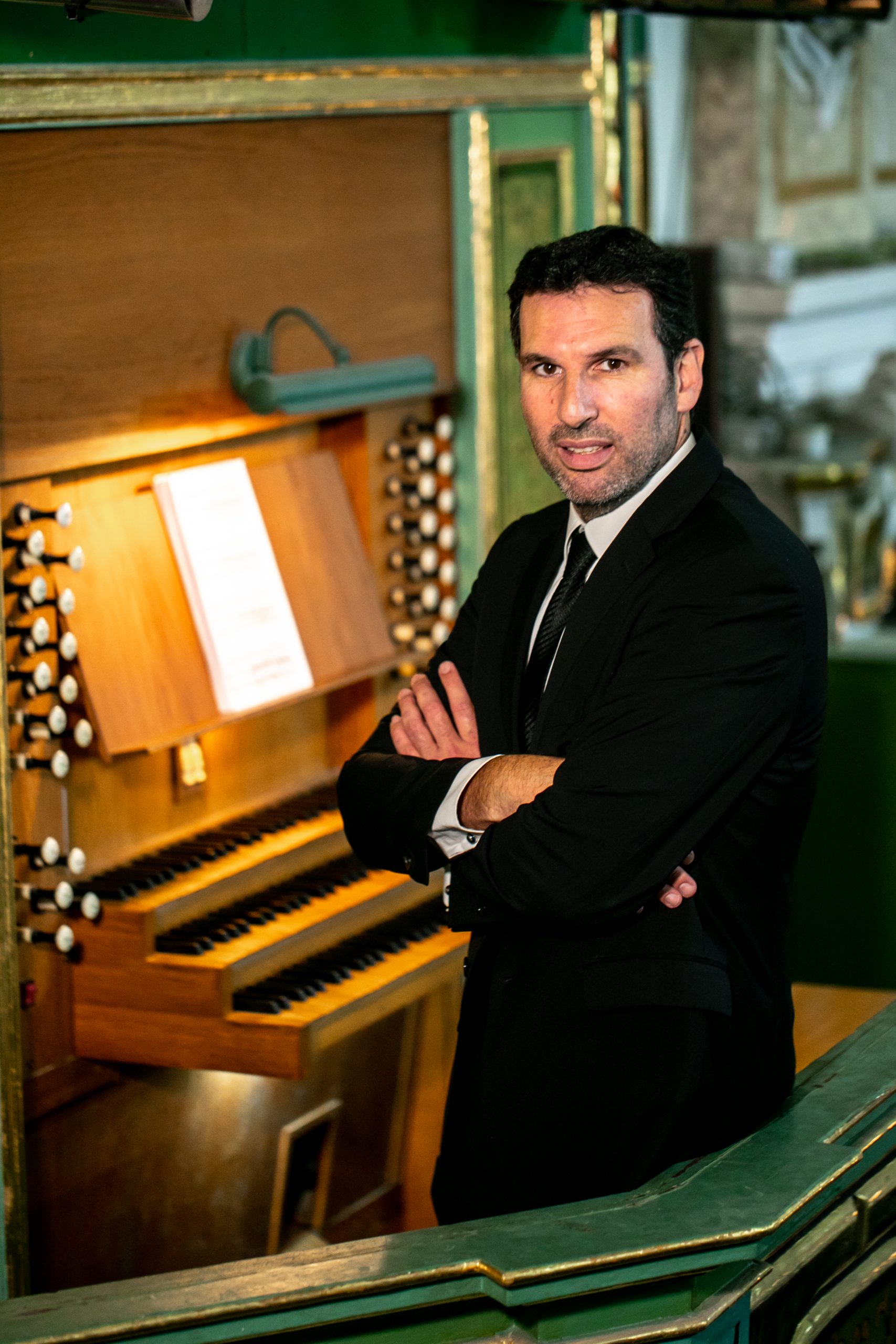 Organist-Concertist, Arturo Barba is the main organist of the Valencia Orchestra and the Orchestra of the Palau de Les Arts in Valencia, responsible for the cycles of Organ of the Palau de la Música de Valencia and artistic director of the International Music Festival of Morella and the Festival of historical organ of Montesa. A native of Valencia, he obtained the Title Of Organ with Extraordinary End of Career Award unanimously at the Conservatorio Superior de Valencia (CSMV) and the Superior Titles of Piano and Chamber Music. After his organ training, with V. Ros and R. Fresco, he specializes in masterclasses and international courses working with T. Koopman, J. Laukvik, L. van Doesselaar and E. Kooiman; L.F. Tagliavini, G. Lotti, R. Alessandrini (Italian music); M. Bouvard and O. Latry (French music); M. Torrent, Javier Artigas and J.L. Gonzalez Uriol (Iberian music); L. Chiantore, J. Achúcarro, D. Bashkirov, J. Colom and K.&M Labéque (piano). He holds a Doctorate from the Polytechnic University of Valencia, where he also obtained the title of architect. 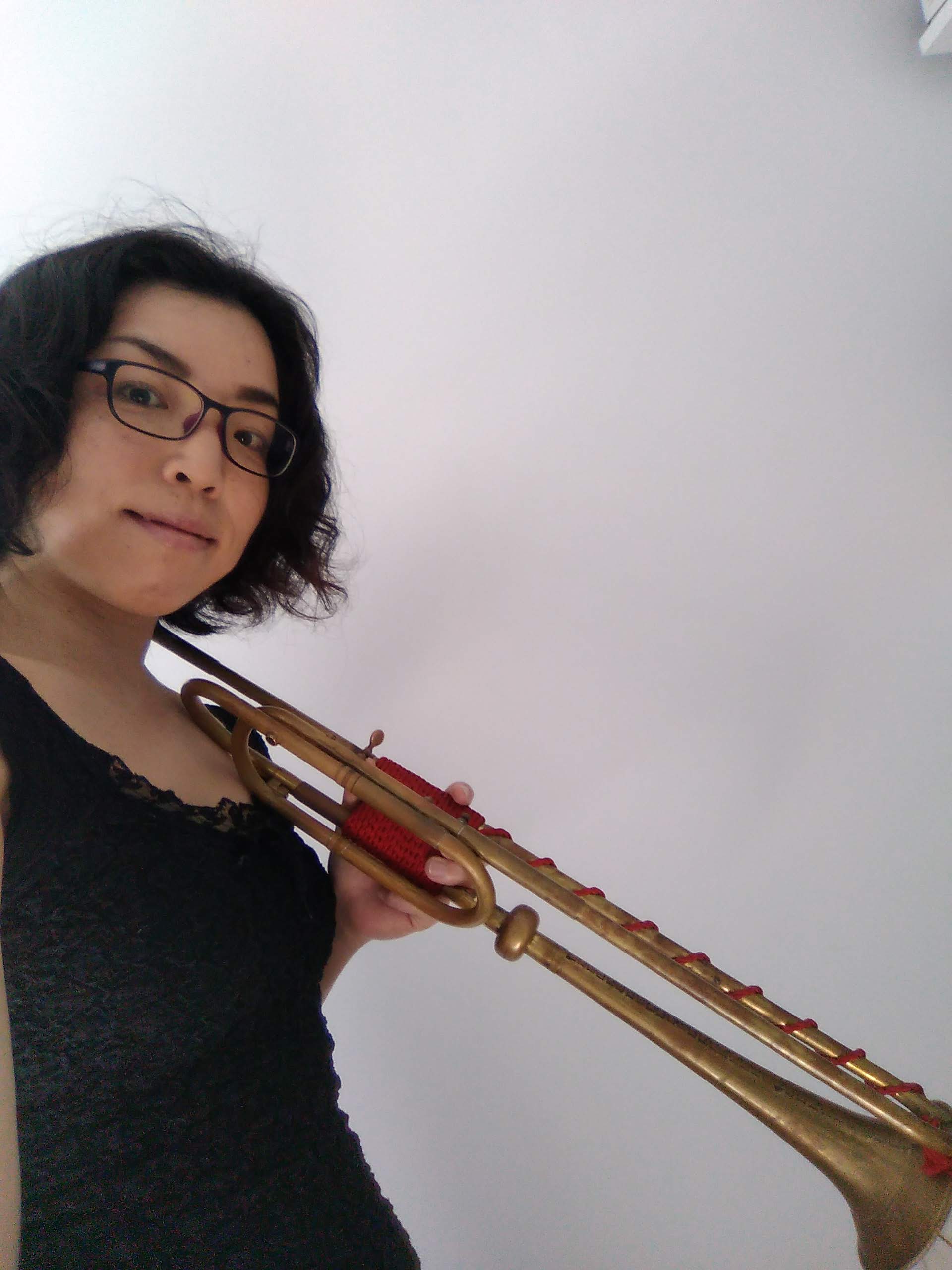 He studied trumpet at Osaka University of Music (Japan) with Daniel Doyon.
He moved to Barcelona and graduated from l'ESMUC (l'Escola Superior de Música de Catalunya) with the specialty of classical trumpet performance with professors Rodney Mack and Angel Serrano.

He also receives advice from teachers such as Luis González, Hiro Noguchi, Matthew Simon (jazz) among others.

He expanded his training by conducting a Continuing Training Course in l'ESMUC on the historical trumpet (baroque) with Serge Tizac. 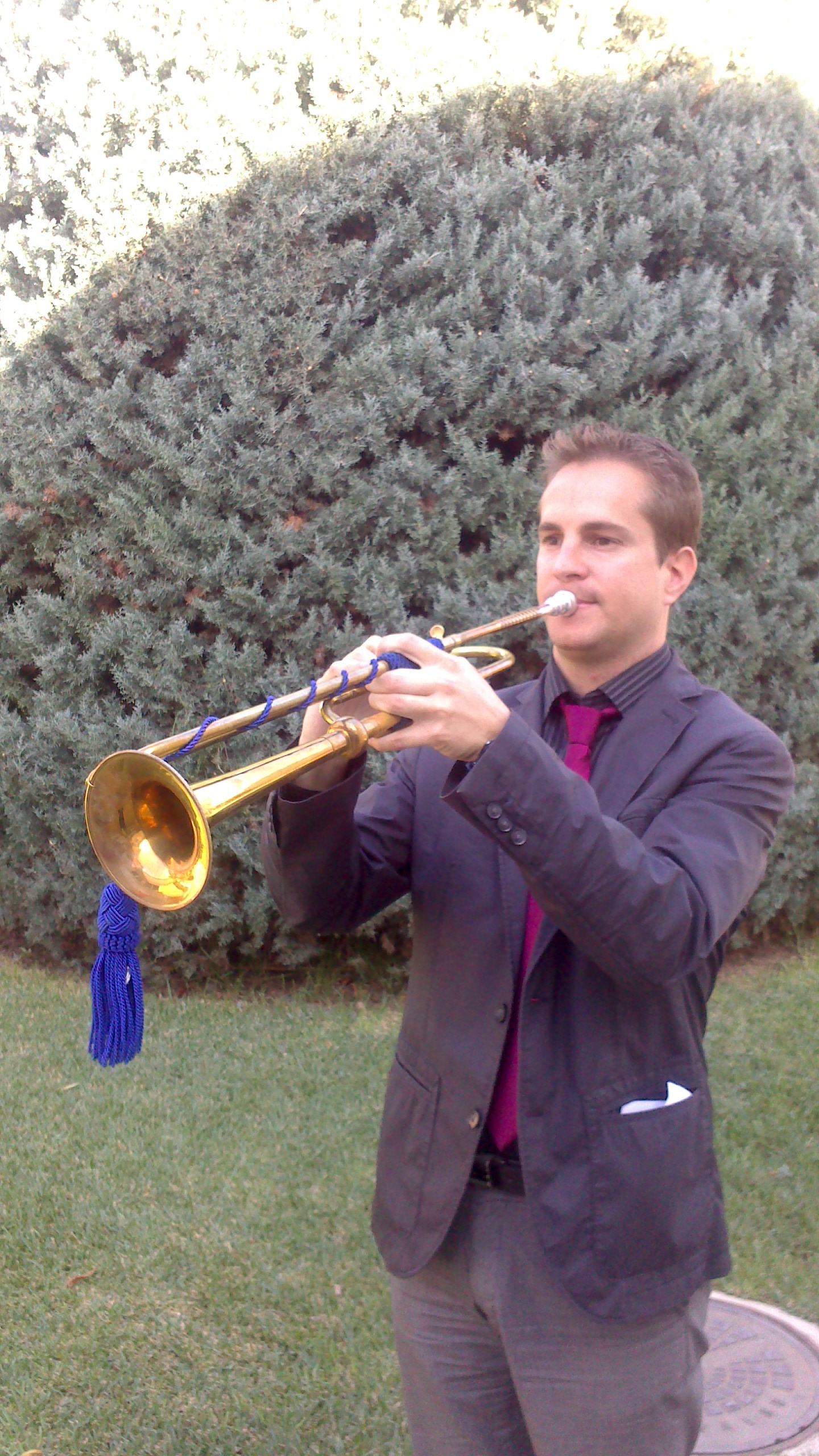 Higher Degree of Ancient Music at the Conservatorio Superior de Castellón. PhD in musicology and ancient music from the Autonomous University of Barcelona (Tesi Doctoral: The so esclatant: an approach to the repertori i als uses of the trumpet to Catalonia to the first quart of the XVIII segle) (ISBN: 978-3-8416-8407-3). Official Master in Interpretation of Ancient Music (University of Autonomous – Escuela Superior de Música de Catalunya). Diploma in musical magisterium. Higher Degree of Trumpet (Higher Degree Honor Award) by the Conservatorio Superior de Música de Barcelona. 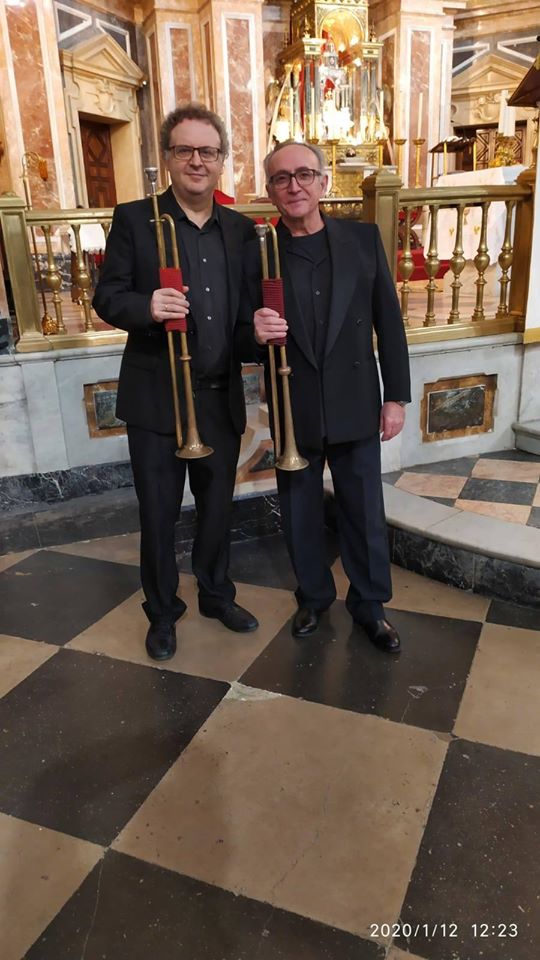 Natural of La Vall D'Uixó (Castellón). He began his musical studies at the Ateneo Musical "Schola Cantorum" in his hometown, his teachers being Miguel Arnau and Miguel de la Fuente.

He then moved to Madrid, where he studied trombone with José Chenoll at the R.C.S.M. Madrid. At the age of 19, he won, by opposition, the solo bombardino square of the Bilbao Municipal Band. At the age of 21 he finished the Higher Degree of Trombone with the highest qualifications. This same year he obtained, by opposition, the Plaza de Catedrático de Música y Artes Performing, his first destination being the C.S.M. Murcia.
He has collaborated with the Municipal Symphony Band of Madrid, Orquesta Nacional de España, Orquesta de R.T.V.E., Orquesta Sinfónica de Madrid, Orquesta de Granada, Virtuosos de Moscow, and Grupo Español de Metales, Orquesta del Palau de Les Arts i Orquesta de Valencia

He has been Professor of Trombone Numerary of the Royal Conservatory of Music of Madrid and Solo Trombone of the Orchestra of the Community of Madrid, being directed by Jesús López Cobos, Rafael Fr.hbeck de Burgos and Lorin Maazel, among others.
Since 2004-2005 he is Professor numerary of Trombone and Head of the Wind-Metal Department at the Conservatorio Superior de Música de Castellón.

He has also been Associate Professor of Trombone at the Conservatori Superior de Música de Les Illes Balears. 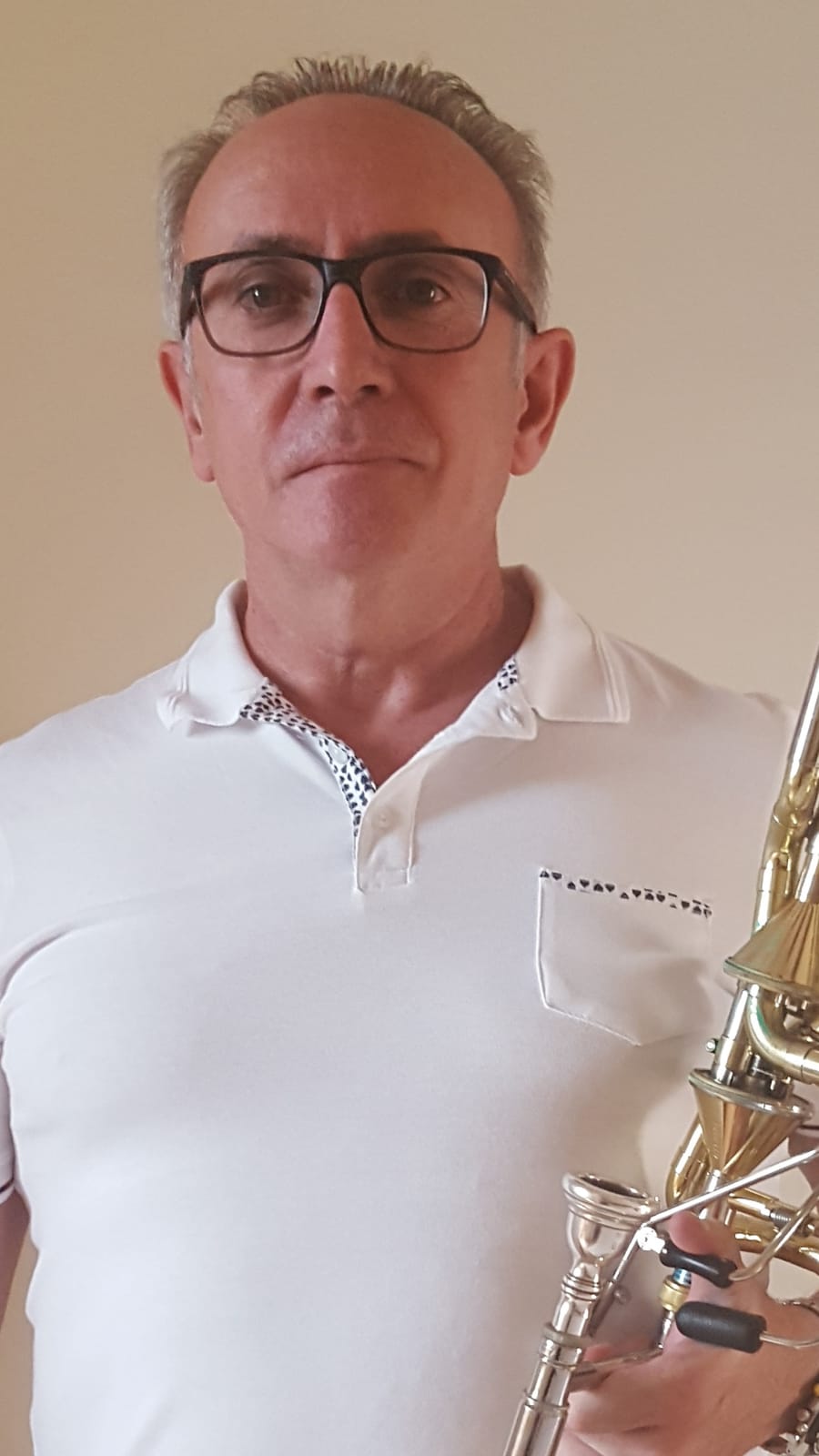 He has been a professor at the conservatories of Orense, Ciudad Real, Elche, Almansa and currently in Castellón.