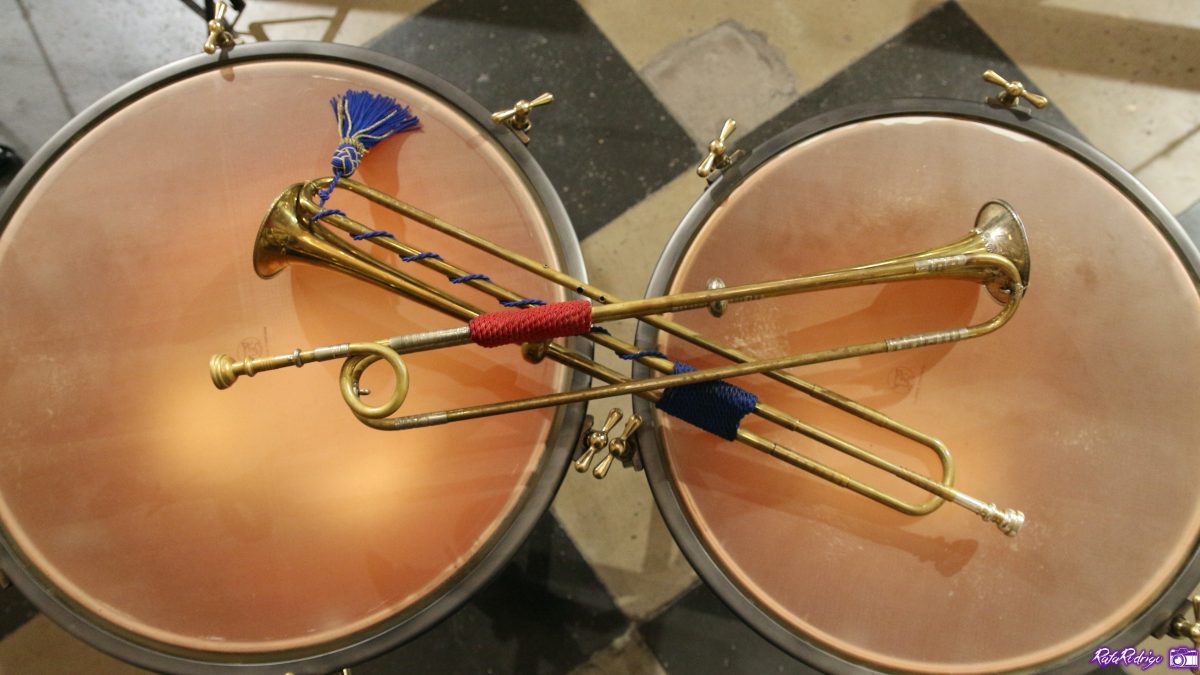 During the seventeenth century trumpets and timpani became hollow in the compositions of the masters of the moment. The search for an ever more grandiose sound leads composers to demand trumpets in communion with the rest of the instruments, with examples as early – and round – as The initial Tocatta of the Orpheus (1607) by Claudio Monteverdi. At the same time, the organ undergoes an important evolution during the sixteenth and seventeenth centuries seeking to expand its possibilities, with the decisive contributions of Fray José de Echevarría, a Franciscan who decided to place the battle record outside the organ box and exiting horizontally towards the ship (“in the form of shots” or “in chamade”). The trompeteria of the Iberian organ thus becomes the most powerful and brilliant in Europe, and there are few masters who decide to combine their tubes with those of the trumpets themselves.

In this new program La Regalada offers us a selection of the most majestic and brilliant music of the European Baroque, with a dynamic template that will give us fanfare for timbales and trumpets, solo organ works and large format pieces arranged for this ensemble. From Monteverdi to Handel and from Cabanilles to Philidor, four trumpets, organ and timbal will take us in this fusion of refined music and the military world, martial touches and the Baroque in its full development.

The program takes us back and forth between the planes of the organ and the fanfare. Performed at the key we will hear works by Correa de Arauxo, Cabanilles and the popular piece My lady Carey’s dompe.

The Sevillian Francisco Correa de Arauxo (1584-1654), a nexus between the Renaissance and Baroque style, was organist in the headquarters of Jaén and Segovia and author of the Faculty of Organic, one of the most important theoretical treaties of the seventeenth century.

The work of Juan Bautista Cabanilles (Algemesí 1644 – Valencia 1712) represents the culmination of the Iberian organ. Organist in the Seu, in its extensive catalog you can see the endemic Spanish-Portuguese style for key, without hints of influence of the French or Italian styles, despite the intense cultural flow that occurred between Valencia and Naples.

You can also listen to original pieces for trumpets and timbal, signed by composers from different backgrounds. Highlights include Philidor Cadet’s Marche de timbales (1686), an early example of the language of the Baroque timbal that leads us to imagine an entire army advancing cross-country at the pace set by the tyabals from the mount. Already with the trumpets we hear pieces as majestic as the Concert des trompettes of the French royal organist Michel Richard Delalande (1657-1726), composed on the occasion of the festivities in the Canal de Versailles, or the imposing Eight fanfare of the anonymous Prussian cavalry.

The two blocks in which the repertoire is organized close with two works by the only Baroque composer that has been performed uninterruptedly from its premieres to the present day: Ge-rg Friedich Handel (1685-1759), from which we hear, in arrangement for trumpets, organ and timbal, his Aquatic Music and Music for the real fires of artifice. Two brooches for a well-structured repertoire, diverse and unusual and powerful like few.

This site uses Akismet to reduce spam. Learn how your comment data is processed.