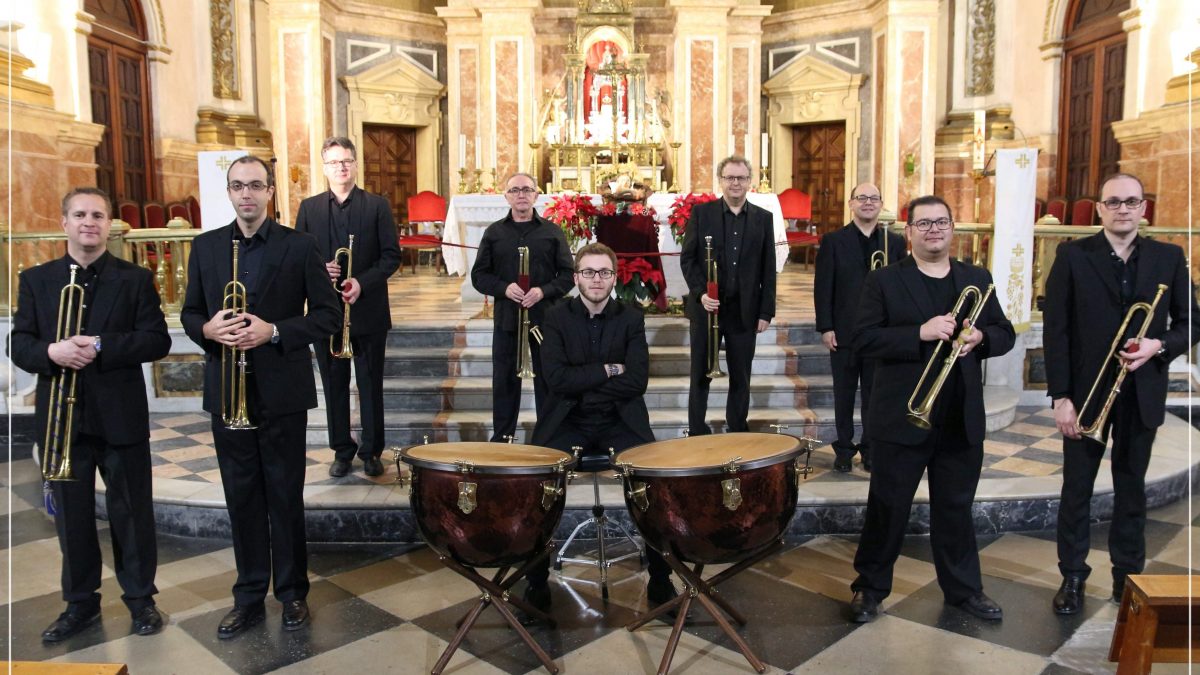 Inseparably linked from the end of the Middle Ages, trumpets and timpani were combined in musical ensembles until well into the 19th century, creating a unique musical language rooted in the European military and heraldic tradition. At the end of the 15th century, the Catholic Monarchs swelled the ranks of their corps of royal musicians to twenty-seven members, including timpanists and trumpeters. At the beginning of the 17th century, the first pieces of music were written for the corps, which had until then performed a carefully codified corpus passed down through the generations orally: in 1656, Heinrich Ignaz Franz von Biber wrote his Missa Salisburgensis, including in it two sets of four trumpets and timpani. Outside the courts, drum and trumpet brotherhoods were hired to accompany processions and festivities, a practice that continues in the Valencia region to this day.

La Regalada plunges audiences into the splendour of this instrumental ensemble, combining the repertoire for drum and trumpet groups and trumpet ensembles passed down over the centuries with their own arrangements. They do so with an impressive line-up that would have been enough to satisfy Isabel and Fernando themselves: a timpanist and eight natural trumpeters, featuring some of the most prominent experts in the instrument in Spain.

The programme is divided into three parts, based on the three settings where the original ensemble would perform: the cavalry, the court and the opera. The concert opens with an arrangement of the March of the City of Valencia, dated around the 16th century, which serves as a reminder that if there is one place in the world that could bring together an ensemble of this kind, it is without a doubt Valencia. This is followed by marches by several different composers, including Jaques Danican Philidor, an oboist and composer who, like much of his family, served in the French monarch’s Grand Ecurie. Another French composer who features on the programme is Marc-Antoine Charpentier, who produced a significant catalogue of music for Molière’s librettos, the Dauphin’s chapel and Sainte-Chapelle, among others. The programme features his Marche de Triomphe H.547 for a Baroque orchestra, arranged for trumpets and timpani. Meanwhile, Iberian composer, guitarist and organist Gaspar Sanz gives us several songs for bugles collated in his Musical Instruction for the Spanish Guitar and arranged for trumpets and timpani by César Navarro.

The second part of the programme features two works by Biber and a series of pieces by Johann Heinrich Schmelzer. Born in Austria, he worked as a cornet player at the Stephansdom in Vienna and was appointed violinist to the Habsburg court due to his immense talent, later influencing German and Austrian composers such as Biber himself.

The final part offers a selection of operatic numbers involving the cavalry, starring several preludes by Antonio Caldara (1670-1736). The programme rounds off with works by 17th century German and Italian composers and, as a finishing touch, the Tocatta from Claudio Monteverdi’s L’Orfeo (1607), which brings this journey through the most majestic, pivotal, emphatic works of the Baroque period to an end.

This site uses Akismet to reduce spam. Learn how your comment data is processed.